The War throughout
the Dungeon

The City is an immense metropolis of crystal spires and wondrous magic. Beneath is the Dungeon, a vast underground world, and a source of endless treasure guarded by grotesque and deadly monsters. No one knows where the Dungeon came from, or why. 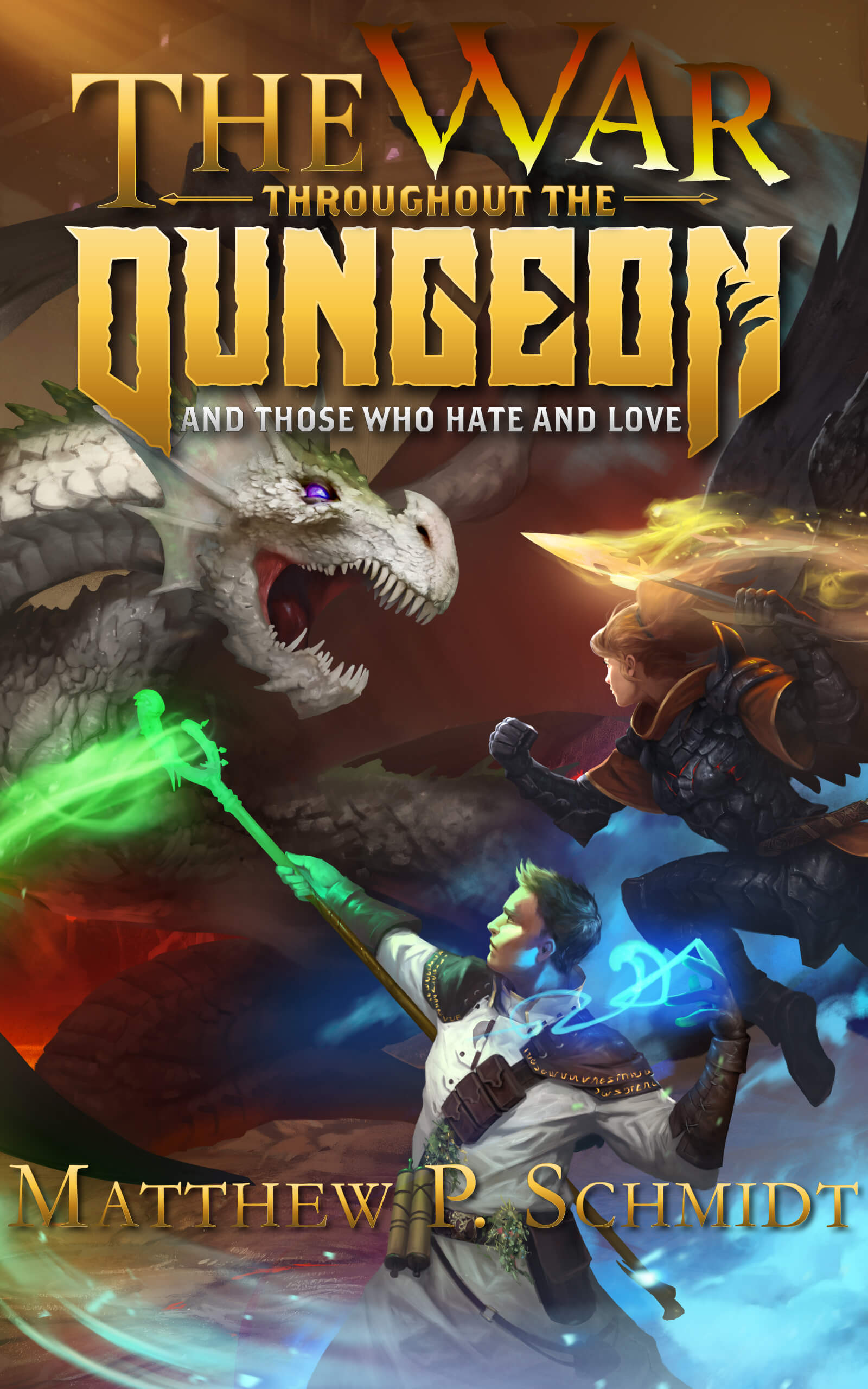 The War Throughout the Dungeon

And Those Who Hate and Love

Shocked by the discoveries in the furthest reaches of the Dungeon, the City prepares to delve even deeper for answers. A surprise attack by the subterranean Undercity throws them into chaos, and a massive war soon rages throughout the Dungeon itself. The Undercity proves a wily foe, and against all odds the City finds itself struggling to gain the upper hand. And all the while, the Dungeon remains capricious, mysterious, and deadly.

Alex Kenderman is recruited by the supreme commander of the City, Mansa Musa Red, to lend his tactical expertise to the war effort. He and his party must fight against Underdwellers and the Dungeon itself to obtain victory, before it is too late. But two sinister questions remain:

Why did the Undercity start the war?

And who will win it?

Ages:  Appropriate for late middle school and up.