New Title: The API of the Gods

I may have been silent, but I’ve been working. Here’s one of those things. 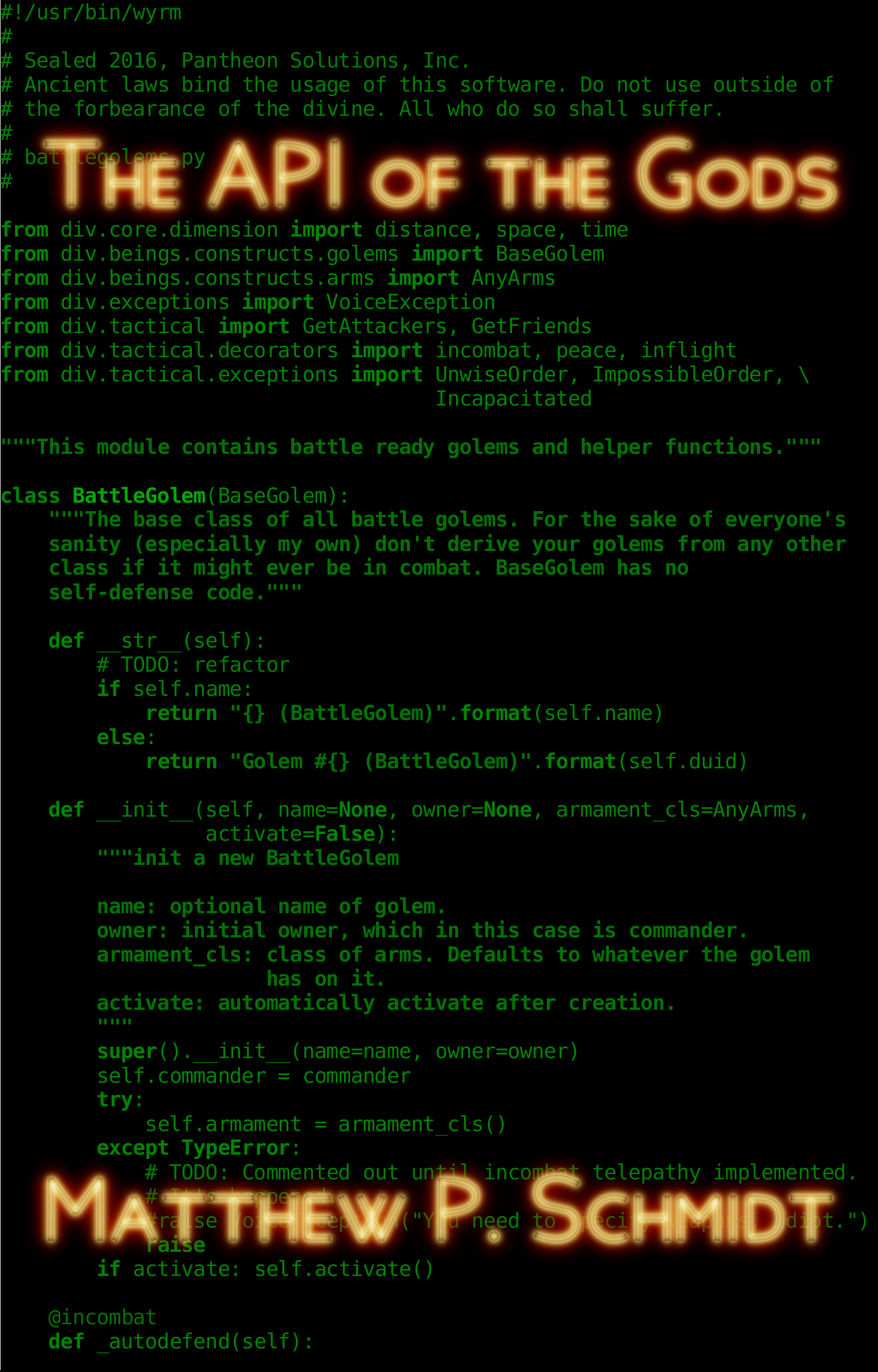 Michael Arnold is a programmer for the Gods, a human software engineer writing reality-altered code for purposes he does not know or understand. He is also a soldier of the Gods, commanding an army of golems against the enemies of the divine. Yet he begins to question the reasons of Gods, whether, in fact, they are gods at all. One tactical solution deployment, his loyalties are put to their final test…

In this world where the CEO of a corporation may be an incomprehensible being transcending the universe, magical swords are manufactured in a machine shop, and a computer wizard may be literally that, anything can be done with a drop of divine blood… and the API of the Gods!

The API of the Gods is available for preorder for $0.99 on Amazon, is approximately 25 pages, and will be released on November 30.