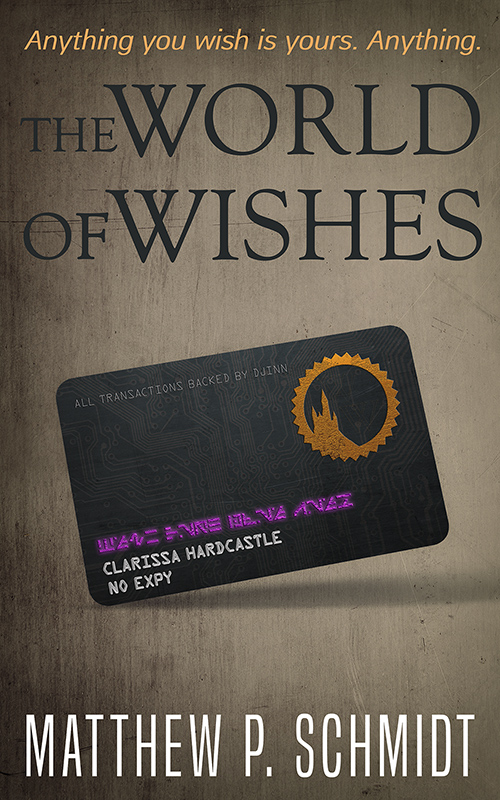 Last time I mentioned I had another novel in the works. This is it. The radio silence was more to do with the unexpected amount of work involved, but in any case, more than that later.

The World of Wishes is an incredibly dark New Adult dystopia novel. It’s a project I’ve worked on and off for about seven years, and now it’s available for purchase, or you can get a free copy here. (It’s Creative Commons BY-NC-ND, and I’ll explain why in a moment.)

The World of Wishes is a combination of all of me–my faith, my love of cryptocurrency and finance, and also giant battle robots. But more than this unique mix, I released it in a unique way: as cryptomedia.

The blockchain allows a new way of doing this. While I won’t get into all the details here, I’ve turned the manuscript into a NFT, which can be found here. Only one person (or a consortium) can own this NFT, but the story is now available. I’ve also, as mentioned, released it under a Creative Commons license, so anyone can enjoy the story for free. If you’d like, you’re welcome to buy a copy. (Other, paid, formats are coming.)

I believe I am the very first person to turn his entire novel into a cryptomedia NFT, but I hope I’m not the last. God willing, the NFT will sell, and I will find a way to fund writing that does not involve relying on the transient whims of corporations.

But what is the World of Wishes? I’ve been vague so far as to not spoil the opening twist. But for those who want more detail, here we go:

The World of Wishes is a world where technomagical credit cards, powered by alien AIs, can grant any kind of wish. Everything, from entertainment to the police to sex to swear words revolves around finance. This world is a true dystopia, not of a centrally imposed government, but by people’s own wishes. After all, in the World of Wishes anything you wish is yours. Anything.

For those not interested in the finance part, there are also giant battle robots, such as those the Djinn send after deliquent debtors.

The World of Wishes is so dark that while I attempted to write it as a YA dystopia, it grew into the horror of human inhumanity, and is now at least New Adult. (It’s the same age range as Mistborn, if you’re curious, if focusing more on the darkness) I will say if you’re the sort that needs trigger warnings (I’ll have a post on this soon) The World of Wishes is probably not for you.

But why listen to me blabber any longer? Once again, you can get the book for free, or buy a copy. Whatever you wish.